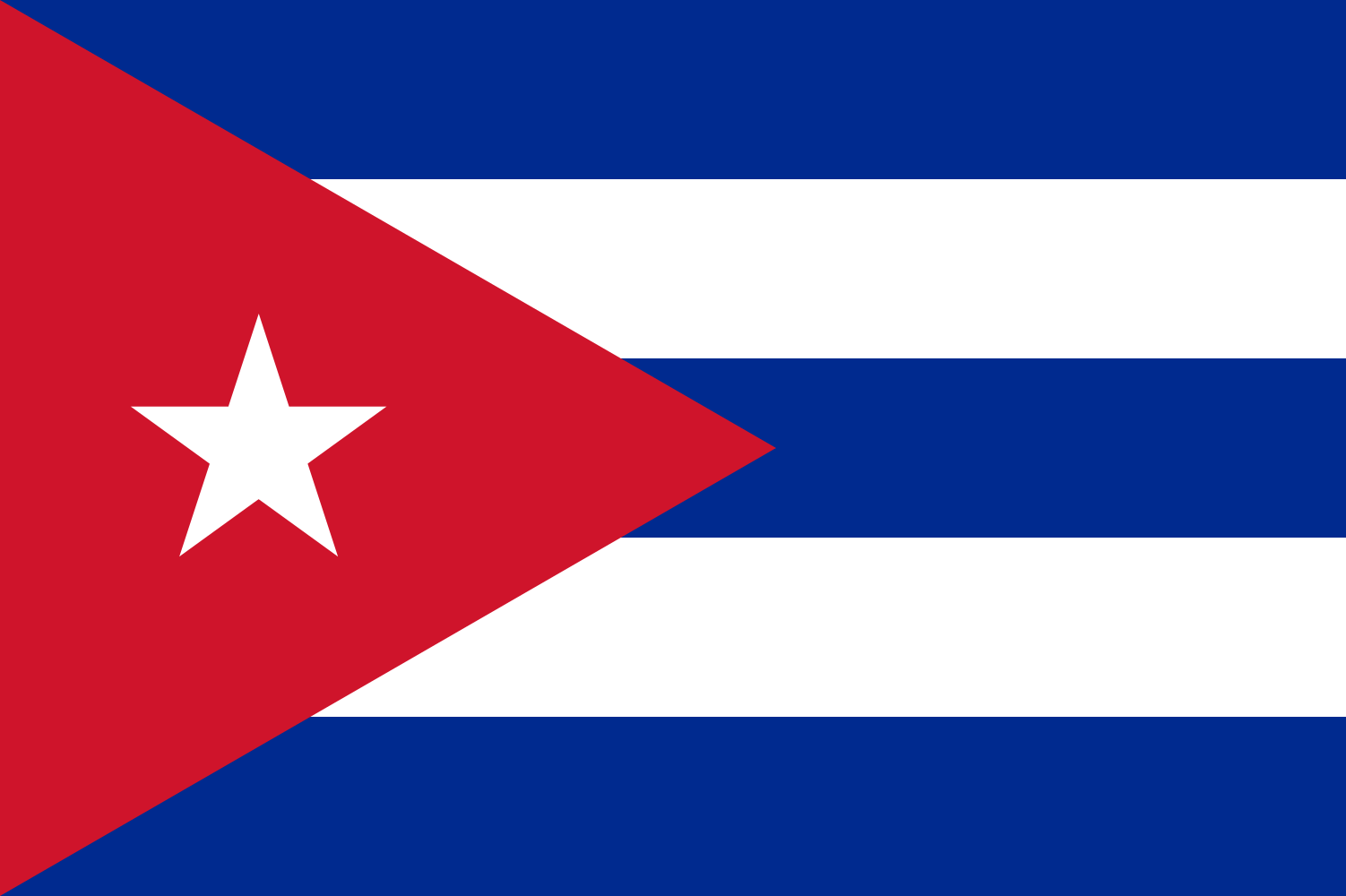 Economy: With a GDP of $100.023 billion (2018), Cuba has been rated by the World Bank as an upper-middle income country. The country has experienced a discontinuous growth with a negative peak on 1993 after a steady decrease at -14.87% after the Soviet Union’s breakdown. Incidentally, since 1994 up to 2018 the growth is positive with an average of 7% for the period 1996 – 2008 and an average of 2% for the period 2008 - 2018. Cuba’s economic development has mainly been driven by the economic crisis encountered after the breakdown of the Soviet Union. The crisis has ensued as a starting point for a new ecological revolution. Cuba is the 138th largest export economy in the world and the 75th most complex economy according to the Economic Complexity Index. In 2017, Cuba exported $ 1.41 billion and imported $ 6.21 billion, with a negative trade balance of $ 4.8 billion. Moreover, Cuba is the 114th largest import economy in the world; in 2017, Cuba imported $ 6,21 milliard. Despite a low unemployment rate (2%) the living standards of the Cuban population remain very low. Cuba remains heavily dependent on food and energy imports, as it imports 80% of its food consumption. The country's situation is uncertain, as reforms are giving an increasingly significant role to private companies. This has led to pilfering, a robust black market, and brain drain. The dual currency also distorts prices, depresses wages, and makes state-owned firms less competitive.

Primary Sector: The primary sector in Cuba account for 3.78% of the shares of GDP and employs 18.1% of the population (2018). The country’s once dominant sugar industry is in the doldrums, with several plants closed down and others operating at very low capacities. However, sugar and its derivatives still form an important part of Cuba’s exports (12.5 billion tons of sugar cane are produced every year), which take up a third of the cultivated land. Tobacco is the country’s second largest export crop. Other agricultural products include citrus, coffee, rice, potatoes, beans, bananas, cotton, and livestock. Other products exported by the island nation are nickel, cigars, fish and shellfish, medical products, citrus fruits and coffee.

Secondary sector: the secondary sector employs 16,8% of the population and is accountable for 25.1% of the GDP (2017). The manufacturing industry largely comprises of processing of agricultural products and tobacco products of which Havana and Pinar del Río are important centres for the manufacture of tobacco. Oil refining, some consumer goods, construction materials, steel, agricultural machinery and pharmaceuticals are the other major manufacturing industries in the island nation. The metallurgical industry consists mainly of two steel mills, near Havana and Las Tunas, and nickel and cobalt refining plants in the province of Holguín. The latter are highly important as contributors of foreign exchange through exports to the Netherlands and Canada. Oil refineries are in Havana, Cienfuegos and Santiago de Cuba. The chemical, pharmaceutical (Havana) and cement sectors (in Mariel, Artemisa, Nuevitas, Cienfuegos, Siguaney) are well developed.  The textile industry has its centers in Matanzas, Ariguanabo, Alquízar and Gibara.

Tertiary sector: the tertiary sector is the main sector of activity in Cuba. The services sector represents 69.97% of GDP and employs 65.1% of the active population. Its significance is strongly related to the development of tourism, which leads the service sector alongside retail. For a long time, tourism has been pivoted the economy from total collapse. However, the sector boomed after Barrack Obama mended US ties with Cuba in 2016. The tourism services industry has emerged as the main contributor of foreign exchange, following significant infrastructural investments by the government. Health tourism has become very popular, with visitors from Europe arriving in Cuba to receive medical treatment. This sector generates over $40 million in annual revenues. The nation has one of the highest numbers of qualified doctors and health professionals in the world, with treatments for neurological disorders, night blindness, orthopaedics and eye surgery being very popular.

The Cuban regime has updated its economic model to include permitting the private ownership and sale of real estate and new vehicles, allowing private farmers to sell agricultural goods directly to hotels, allowing the creation of non-agricultural cooperatives, adopting a new foreign investment law, and launching a "Special Development Zone" around the Mariel port. Cuba highly prioritized, in terms of tariffs and taxes, the foreign investments. Foreign investments in Cuba enjoy the same rights to do business and to acquire property as Cuban citizens and are subject to the same tax rates. There is no government competition with private enterprise and the Cuban Government has not nationalized any industries to date. No foreign exchange restrictions of any kind exist in Cuba except for small taxes on the transfer of funds abroad on capital account. The investors have the possibility to benefit from total or partial exemptions, both temporarily and permanently. Legal entities that import raw materials, equipment, components, parts and pieces linked to renewable sources or the efficient use of energy, can also benefit from incentives in correspondence with current legislation.

Recognizing the strategic importance of energy efficiency for limiting dependence on imported fossil fuels, reducing GHG emissions and promoting socio-economic development, the Government of Cuba has demonstrated during the last decade a clear commitment to the development and enactment of supportive policies and strategies to advance energy efficiency and renewable energy. In 2014, the Cuban government approved the Policy for the Development Perspective of Renewable Sources and Efficient Use of Energy for the period 2014-2030. This policy mainly seeks to transform the structure of energy sources on the island, promote energy efficiency and, in parallel, reduce dependence on fossil fuels and reduce the emission of greenhouse gases into the atmosphere, contributing to environmental sustainability.

The nine principles governing the Policy (November 2015) are as follows:

1. Satisfy the demand and consumption of energy as determined in the economic and social development plan of Cuba until 2030 (project approved in 2016).

2. To guarantee the security of energy supply in the short, medium and long term.

5. Strengthen the national production and refining of crude oil and gas and its refining, through the acceleration of studies and research that include new technologies and production capacities.

8. Ensure broad participation of foreign investors in the development of the energy sector.

The Economic and Social Policy Guidelines of the country, adopted in 2011 and updated in 2016 for the period 2016-2021 delineate the medium-term strategic development objectives for Cuba. With regards to the implementation of the Energy Policy in the country, the guidelines state: "Accelerate compliance with the Programme approved until 2030 for the development of renewable sources and the efficient use of energy".

In 2014, the government unveiled the political and economic plan to significantly diversify its Energy Matrix, with a goal of increasing the use of renewable energy sources for electricity generation from approximately 4.3% in 2013 (including 3.5% of the sugar industry) to 24% in 2030. This would correspond to generating approximately 7245 GWh of electricity, and avoiding greenhouse gas (GHG) emissions equivalent to 4463 tons of CO2. MINEM, in its talks with the EU, has commented on its willingness to increase the target of 24% of RES for Energy efficiency electricity generation to 29% by 2025. This target can only be achieved by attracting USD 3.7 billion in foreign investment.

That is why the Foreign Investment Opportunities Portfolio 2017-2018 recognizes that RE and EE constitute one of the country's main priorities and are indispensable for the achievement of the following objectives:

- Decrease the inefficiency of the electricity system;

- Modify the energy matrix of generation and consumption;

- Increase the competitiveness of the economy as a whole;

- Reduce the high cost of energy delivered to consumers.

Overall, increasing reliance on renewable energy and improving energy efficiency are perceived as key priorities for the country’s economic development, and therefore can be found as crosscutting elements to most strategic development axes. The Bases of the National Economic and Social Development Plan until 2030 establish within the guiding principles and thematic axes for the elaboration of the National Development Plan until 2030 the need to "accelerate and efficiently transform and develop the energy matrix by increasing the participation of renewable sources and other national energy resources and the use of advanced technologies with the purpose of consolidating the efficiency and sustainability of the sector and, consequently, of the national economy".

Cuba: webinar series "Best practices on how to promote and attract foreign investment"

Study Tour for MINDUS - Ministry of Industries of Cuba

Cuba: workshops and training on the packaging sector

FIPEE, Cuba: meeting with the Cuban Ministry of Industry (MINDUS)

UNIDO ITPO Italy meets with the Embassy of Cuba in Italy

FIPEE, Cuba: meeting with the CNR Institute of Marine Engineering

UNIDO ITPO Italy participated in the workshop BioBusiness, supporting the signature of a Letter of Intent between BioCubaFarma and CBM-Smart Health Cluster FVG

UNIDO ITPO Italy at Packfair 2019 and IV WEIC in Cuba