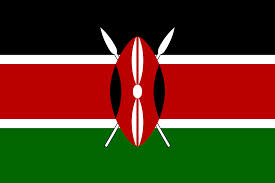 Economy: The Republic of Kenya is one of the most economically robust countries in Africa. Over the past decade, Kenya has accomplished significant political, structural and economic reforms that have managed to set the stage for sustained political gains, social development and economic growth. The country is currently considered the economic, commercial and logistics hub of East Africa and is the second largest economy in the region. In 2008 the government launched Kenya Vision 2030, its development blueprint to reach the status of newly industrializing upper middle-income country with a high quality of life and a clean and secure environment for all citizens by 2030.  Since 2014, Kenya has been ranked as a lower middle income country, because, thanks to its steady economic growth, its GNI per capita crossed the World Bank threshold of USD 1,026. It has a market-based economy and its economic outlook has remained positive in the past few years, with its GDP growing on average by 5.6% between 2014 and 2019, higher than continental average growth of 3.2%. According to the International Monetary Fund, its GDP is projected to grow by 6.0% throughout 2020.

Exports and partners: Kenya is the 101st largest export economy in the world and the 89th most complex economy according to the Economic Complexity Index (ECI). The top exports for the country are tea, cut flowers, refined petroleum, coffee and legumes, exported to the United States, Pakistan, Uganda, the Netherlands and the United Kingdom, accounting for 13.18 % of its GDP in 2018.

Primary Sector: Agriculture still represents the cornerstone of Kenya’s economy. In fact, despite the share of agriculture in the country’s GDP progressively declined from 29.3% in 2000 to 23.5% in 2017, the share of workers employed in the primary sector as a percentage of total employment remains high (around 57% in 2019). This sector produces tea, coffee, corn, wheat, sugarcane, as well as dairy products, beef, fish, pork, poultry and eggs. It is to be noted, however, that over 75% of agricultural output in the country is either from small-scale, rain-fed farming or livestock production.

Secondary Sector: As for the industrial sector, its share in Kenya’s GDP only grew from 18.2% in 2011 to 21.0% in 2017, after a long period of stagnation, accounting for 8% of total employment in the country. This sector is mostly focused on small-scale consumer goods, e.g. plastic, furniture, batteries, textiles, clothing, soap, cigarettes, flour, processing of agricultural products, oil refining, manufacture of metal and engineering products.

Tertiary Sector: The service sector currently represents more than half of Kenya’s GDP (56% in 2017) and accounted for 35% of total employment in 2019. Health, education, ICT and public administration are the biggest providers of employment, while real estate, retail, transport and finance also play a pivotal role in driving the economic growth of the country. Tourism industry is particularly relevant for Kenya, with a growth of 5.7% in 2018 alone, ahead of the global average of 3.9%.

Foreign Investment: Foreign Direct Investment (FDI) in Kenya increased by USD 1.6 billion in December 2018 (for a total of USD 1,625,921), compared with an increase of USD 1.3 billion in the previous year. Manufacturing, real estate, energy, ICT, tourism and, more recently, oil and mining have been key sectors attracting FDI. However, Kenya’s FDI levels as a share of GDP was 0.8% in 2017 compared to 2.2% for Tanzania, 8.5% for Ghana and 4% for Rwanda, implying that its full potential remains largely untapped.  For this reason, the country launched in 2019 the Kenya Investment Policy (KIP), aimed at guiding attraction, facilitation, retention, monitoring and evaluation of private investment. The KIP, among other things, aims at increasing the level of public and private investment to at least 32% of the country’s GDP by the year 2030 while increasing the level of private investment to 24% of GDP by the same year, at promoting domestic direct investment to reach 20% per annum from the 2019 baseline and at attracting high-quality FDI.

Legal Framework for Investment in Renewable Energy: Renewable energy production in the country is supported through Feed-in-tariffs (FiT), introduced in 2008 and revised in 2010 and 2012 to promote private investment in renewable energy by providing a secure long-term price and guaranteed access to the grid. The tariffs apply to grid-connected plants and are valid for a 20-year period from the start of the power purchasing agreement (PPA). Renamed “Renewable Energy Feed-in-Tariffs” under the 2019 Energy Act, this system is aimed at catalyzing the generation of electricity through green energy sources and decreasing dependency on non-renewable energy resources. FiT apply to wind power, biomass, small hydro, solar, biogas and geothermal.

Renewable Energy Portal (information about administrative entry requirements and procedures for operating a power plant based on renewable energy, the legal and regulatory framework for such investments (e.g. tariff regulation) and relevant market information)

Kenya: meeting with the Kenya National Chamber of Commerce and Industry (KNCCI)

FIPEE, Kenya: meeting with Geothermal Association of Kenya and the Italian Geothermal Union

FIPEE: meetings at the Embassy of Kenya in Rome with Brixham Traders LTD and Eemaxx Engineering

B2B meeting with Wanergy Africa Limited and MORE for the Planet

UNIDO ITPO Italy organized a roundtable with African embassies: 'Synergies for the Development of Local Capacities and Entrepreneurship in Africa'