DIVERSO IL MARE: third millennium industry is a bridge between cultures and people

DIVERSO IL MARE: third millennium industry is a bridge between cultures and people 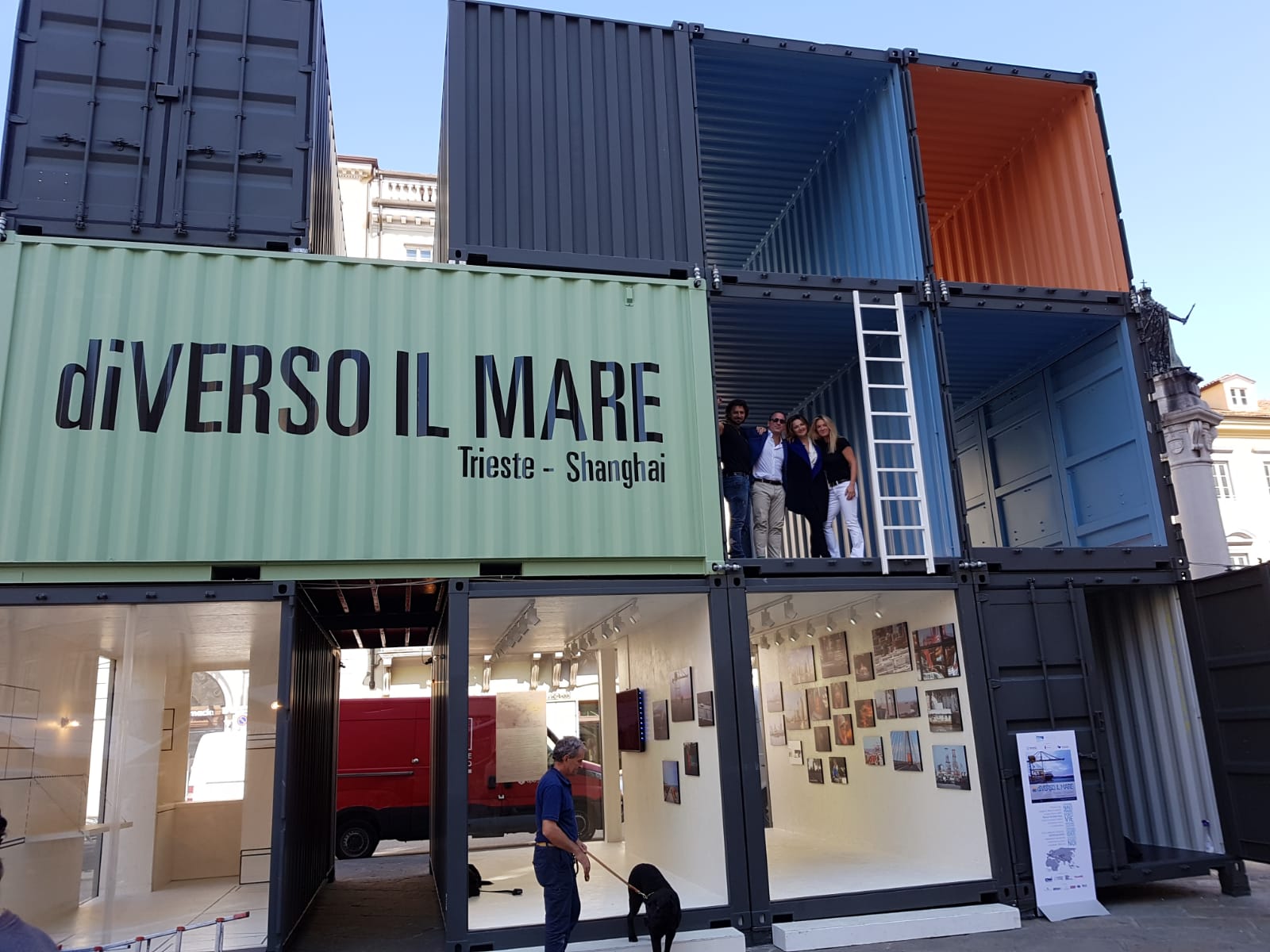 From 12th to 20th October an industrial installation  in the square. Great public success for  UNIDO and MANUS LOCI

The DIVERSO IL MARE initiative was an experiment. We wondered what was the best way to take the Vienna’s BRIDGE for cities to Trieste also. The answer was to trying speak in a diverse language from the business one and telling in this way a possible integration between port and the city that hosts it, between people and goods, between business and citizens.

To realize it we involved an Italian excellency in the production of the container living, DMECO and the champions of sustainable transport on wheel, CNH Industrials and IVECO. Together we realized an industrial installation in an urban context, modifying the functions and the collocation of objects  - the containers – known very well by the Trieste inhabitants but used to see it only in the harbor area. Thanks to the design studied by the Lissoni architect, to the willingness of the Trieste Municipality, which allowed us to use Piazza della Borsa, in the very center of the city, and to the commitment of the people who worked for it, we produced the ideal stage to draw the attention on the other big theme of BRIDGE for cities: the Belt and Road Initiative e the New Silk Road.

And it was exactly at this point that, featuring Manus Loci and Elisabetta Illy, the idea of organizing a photo exhibition inside the installation was born. Also here we started the narration of a story using the industrial language in a different way: we wanted to show simultaneously the Trieste and Shanghai harbors, the function of containers and the activities inside the two areas. The outcome was the recognition of the equalities to the two extremes of the Silk Road , as the point of departure and arrival of the most important trade route were nothing else but the mirror of one another.

In this framework, the etymologies of the names of the two cities helped us: Trieste derives from the ancient Venetians Tergeste and means “market” while Shanghai refers to the words “hay” and means “ towards the sea”. Therefore, Trieste – Shanghai means   “market towards the sea”, that is to say, free circulation, thorough a fluid material , of goods and ideas and people and cultures, metaphor of the meaning unifying of the industry.

From 12th October, beginning of the Barcolana weekend, the regatta that more than any event represents Trieste in the world, and until 20th the citizens and economic operators had the opportunity to admire the photos and  the installation, lighten up by ARTEMIDE company. Great success for a message that we summarized this way: “Goods are the materialization of the human intelligent, the containers vectors on which they move and Trieste and Shanghai the pillars of a modern more than ever bridge, precisely because it is  very ancient.