Lebanon - Italy: 3 Industrial parks for the development of the Italian enterprises

Lebanon - Italy: 3 Industrial parks for the development of the Italian enterprises 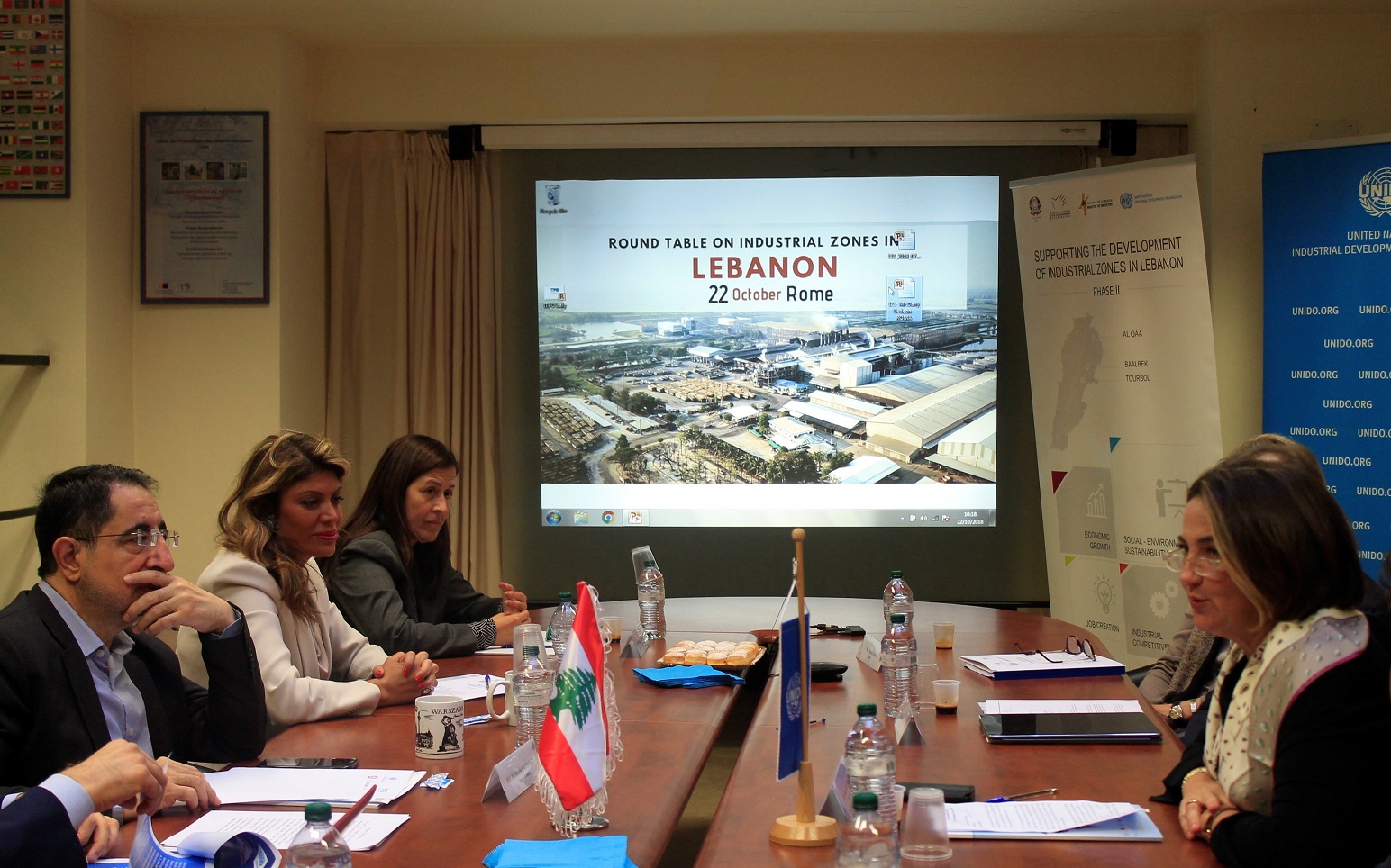 ROME, 22nd October 2018 – Italy is a strategic partner for Lebanon and the experience of the Italian enterprises constitutes a fundamental value for the growth plans of the territory. The study tour of the Lebanese delegation led by Industry Minister Hussein El Hajj Hassan began today to finalize the two-state collaboration that has lasted for three years.

It is in this perspective, therefore, the Dr. Minister Hussein El Hajj Hassan presented this morning, in the UNIDO ITPO Italy's office, the development plans for three industrial districts for Italian companies that want to seize the opportunities offered by Lebanon. The project has a total value of 121.5 million dollars, 56% financed by the European Investment Bank, 36% by the European Bank for Reconstruction and Development and 8% directly from Italy. The project, according to final estimates, should eventually generate over 32,000 jobs, of which almost 5,000 for the construction of industrial sites, which should be finished within the first months of 2022.

The close cooperation between Lebanon and UNIDO, which carried out the feasibility studies of the project and which acts as a facilitator, aims to promote the industrial and inclusive development of the region. UNIDO and the Lebanese Ministry of Industry strongly support the development of industrial parks and the local supply chain and have the joint intention of increasing the production capacity of Lebanese SMEs, improving their ability to access markets, promoting their renewable production and efficient resources. contextually supporting the role of women in Lebanese urban areas.

Since 2015 the synergy between Lebanon and Italy has led to the creation of 3 masterplans and 3 areas have already been identified: Balbeek, Tourbol and Al-Qaa, all three located in the Bekaa Valley. The project for a fourth industrial area is also being finalized. Among the sectors of greatest interest to the economy are waste recycling, the automotive and repair supply chain, agro-industry and construction. The project aims at the full implementation of the SDG number 9, promoting a decrease in the cost of land for industrial settlements, a better and more efficient infrastructural structure and, above all, greater safety for the economic operators present in the area.

"Today's meeting born from the need to promote these three projects where important industrial sites will be built," said Diana Battaggia, director of Unido Itpo Italy, underlining how the creation of industrial areas "will also help the immigration wave and will bring development." Ms. Battaggia added that UNIDO ITPO Italy "will try to promote high technology and Italian know-how." In this framework "in the next three days we will meet entrepreneurs in Bologna, Parma, in the Marche region, from companies operating in renewable energy, food processing.

Sviluppo, in Libano opportunità per Italia