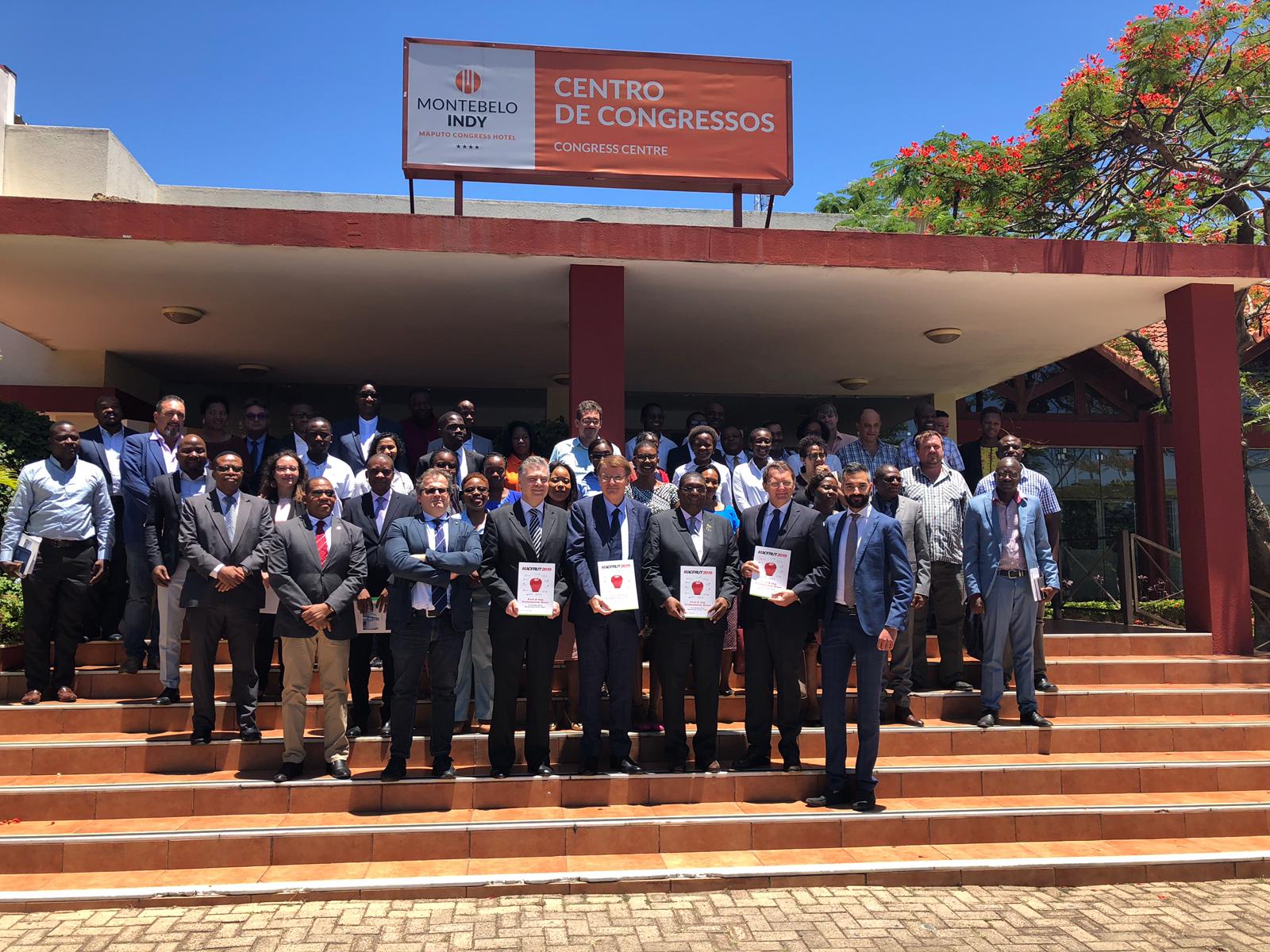 Rome, 3 december 2018. The first official mission in Mozambique of Macfrut, one of the most important Italian events dedicated to agribusiness, ended successfully. The activity was promoted by UNIDO ITPO Italy in the framework of a project to support local privates and institutions operating in the agricultural and agro-industrial sector and  it was financed by the Italian Ministry of Foreign Affairs and International Cooperation. The mission helped to intensify even more the business relationships  between Mozambique and Italy to promote investments in the agricultural sector. Mozambique is considered a country of particular relevance for the African agricultural sector. Agriculture contributes for a quarter to the formation of local GDP and employs three quarters of the local workforce. Nevertheless, the sector is characterized by low yield with a production of subsistence and incomplete supply chains. Therefore, technologies, quality inputs and sustainable production models are needed to reverse the trend. In 2016, Mozambique turned out to be a net food importer (5% of total imports), but it is estimated that the country's food import dependency could reach 25% in 2040, mainly due to the great demographic development. In absolute terms, in recent years agricultural production has increased decisively, but not for an improvement in production or yields, but almost exclusively due to the increase in cultivated areas. The yields of rice, corn and cassava, for example, are among the lowest in the region.

Macfrut's mission in Mozambique opened a new interesting window of collaboration between Italy and Mozambique in terms of commercial exchange and possible investments in the agribusiness sector: the 2019 edition of Macfruit, which will take place in Rimini from 8 to 10 May 2019, in fact, it will have for the first time a focus on some Sub-Saharan African countries. "The organization of this mission and the inclusion of Mozambique among the focus countries of the Macfrut 2019 – Diana Battaggia, UNIDO ITPO Italy director, said in this regard – that this manifestation represents the culmination of a work of rapprochement between the entrepreneurial realities of the two countries performed by our office during the last editions of the fair. Thanks to this project, the Italian office of the United Nations Industrial Development Organization has in fact succeeded in bringing more than 10 operators to Italy every year and organizing the first Mozambican stand at an agricultural fair in Italy that has directly involved the Deputy Minister of Agriculture and Food Safety in the last edition of Macfrut ".

The mission program included local companies visits with growers and commercial producers, meetings with importers and distributors of inputs and agricultural machinery, visits to test camps, wholesale markets, large-scale retail trade, and business meetings. The delegation was composed by Renzo Piraccini - President of MACFRUT, Enrico Turoni - President of the CERMAC Consortium (one of the most important agribusiness technology consortium in Italy), and Alessandra Ravaioli - President of the National Women's Association of Fruit and Vegetables.In particular during the event dedicated to agribusiness organized by Macfrut and UNIDO the Minister of Agriculture and Food Safety of the Republic of Mozambique Higino Francisco de Marrule expressed his “widespread appreciation” for the Italian initiative.

As far as concerned the business sector, several initiatives were conducted during the event. In particular,  the visit to the fruit and vegetables sector  of Spar and Sophorite, the biggest Mass Market Retailer company in the country, was useful to understand the local references and the importations and the level of quality and packaging of distribution production. On the other hand, the visit to the biggest wholesale market of  fruit and vegetables of the country, in Zimpeto, one of the poor neighbors of Maputo and to  a Social Farm and Agro Multiservice Center in Marracuene, represented an opportunity for dialogue with the local counterparts.