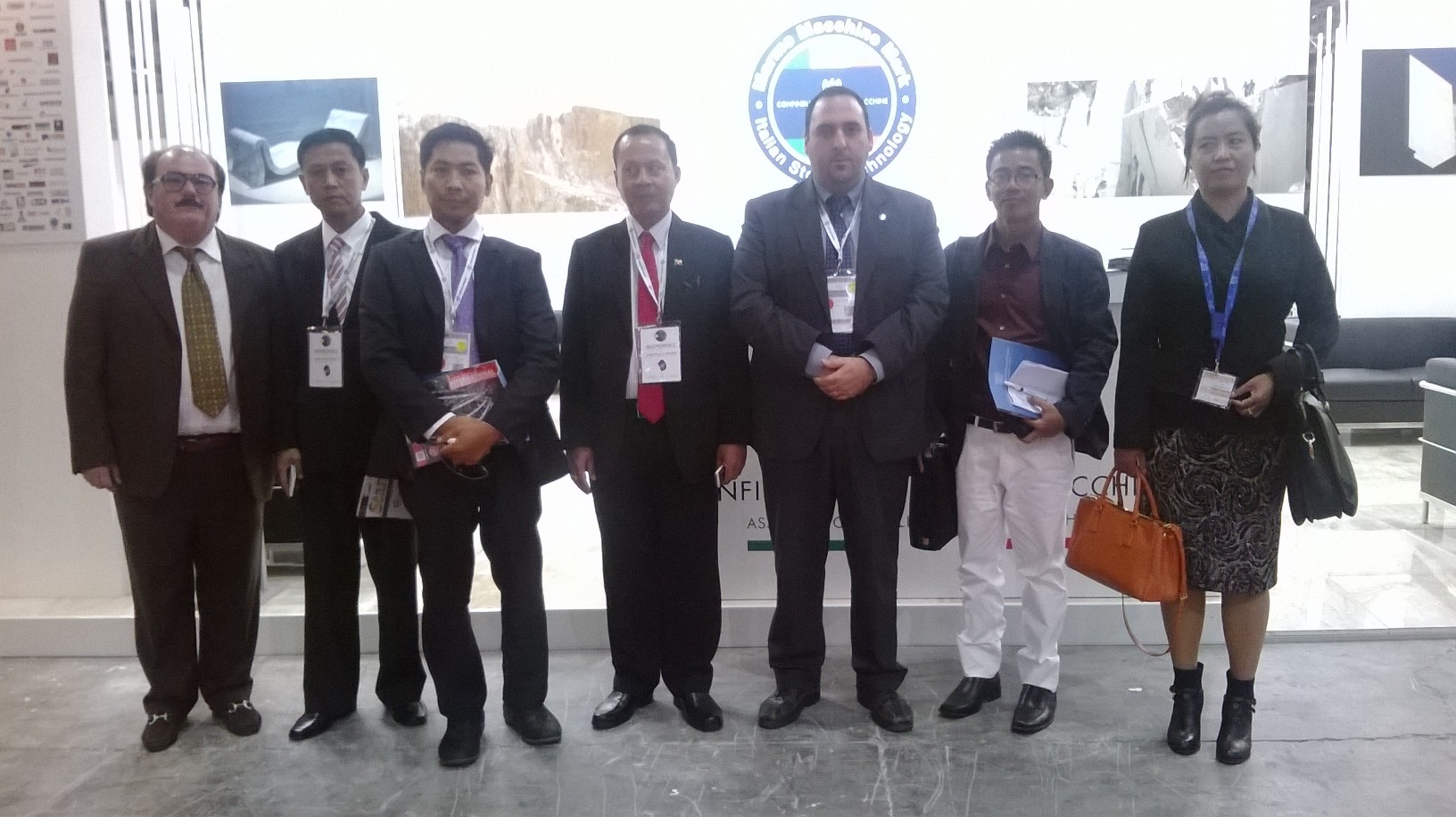 On Saturday, September 27th 2014, the curtain has fallen on the 49th edition of Marmomacc, the International Trade Fair for Stone, Design and Technology, which has been held in Verona, hosted by Veronafiere. This year’s edition succeeded, due to the great amount of exhibitors (more than 1500), coming from 58 different nations and the huge amount of international delegations. UNIDO ITPO Italy, in collaboration with the Italian Ministry for the Economical Development (MISE), took part to the exhibition, accompanying a delegation of enterprises and some institutional representatives coming from Myanmar, such as Mr. Aung Myat Thu (Deputy Directorof the Myanmar Ministry of Mines), Mr. Aung Khine Than (Chairman of Angelo Mining company and Chairman of Mandalay region mining association) and Mr. Htin Linn Kyaw (Managing Director of Htoo Han Thit Mining Company). Those enterprises are focused on the marble stone industry and the scope of the visit was to promote the establishment of future partnership between Italian and Myanmar enterprises.

At the beginning of the works, the delegation was presented the project of cooperation between UNIDO ITPO ITALY and MISE, which began in early 2014 with a scouting mission to Myanmar, during which there have been focused the main fields of interest of the local industry.

The days of the fair were rich in events for the Myanmar delegates: from the b2b meeting with the Italian producers of stone-cutting machinery to the technical seminar on new technologies in the stone industry. In particular, a special mention goes to the meeting with the honorary president of ASSOMARMOMACCHINE, Dott. Flavio Marabelli, during which it has been discussed of possible future collaborations. The association is in fact interested in investing in Myanmar with a long-term project, focused on specialized training of operators.

UNIDO ITPO Italy will stay available for the encountered counterparts, in order to develop future partnership in the marble stone sector and promote further growth of trade between Italian and Myanmar enterprises.