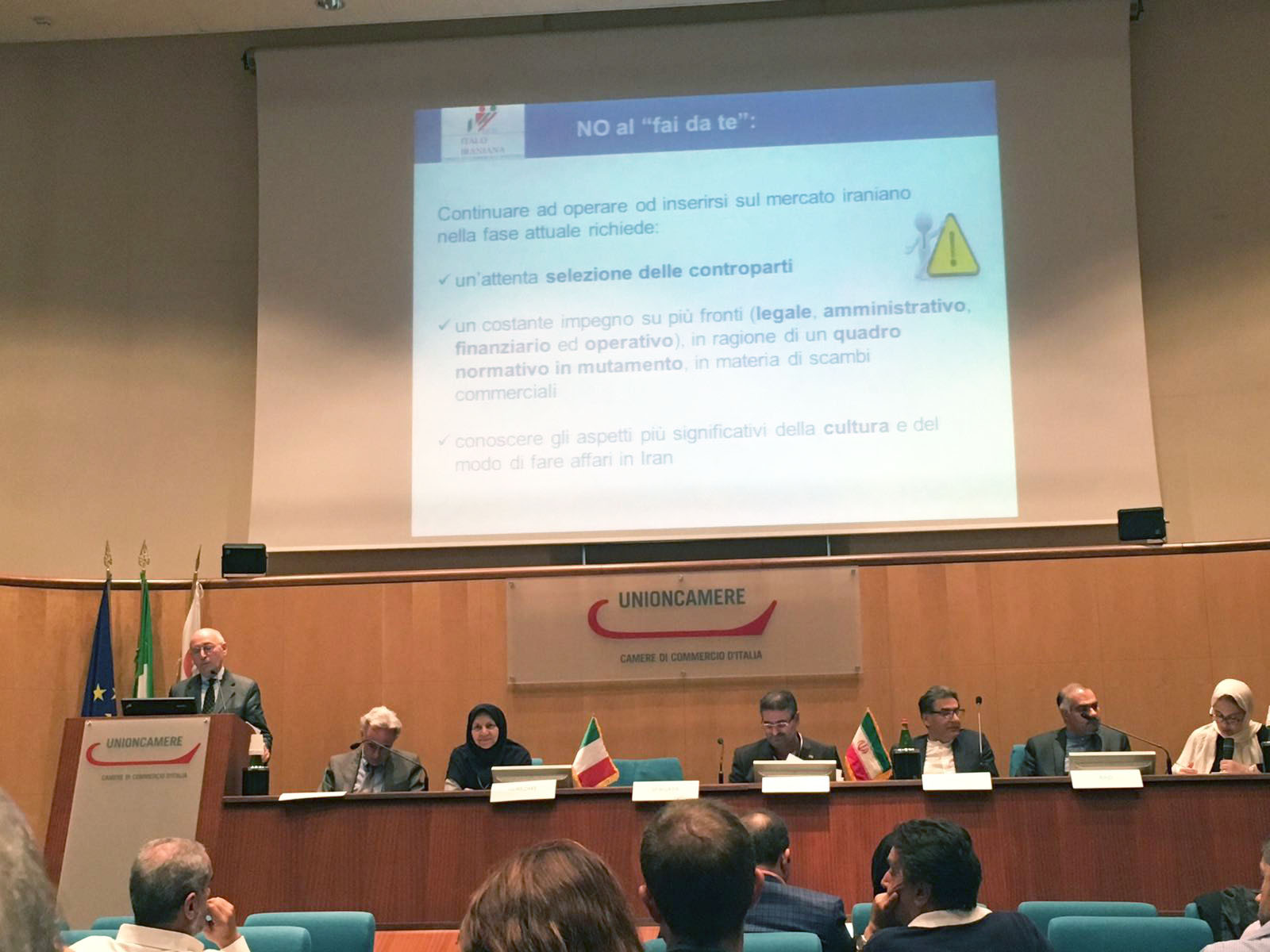 Rome, 11 July 2017 - UNIDO ITPO Italy staff attended the Business Forum with Razavi Khorasan Region, jointly organized by the Iran-Italy Chamber of Commerce and Industry and the Iranian Embassy in Italy.

The forum was divided into three different panels, an opening session, the presentation of the investment opportunities in the Razavi Khorazan region, and a financial session.

The first session was characterized by the speeches of Mr. Pier Luigi D’Agata, Secretary General of Italy-Iran Chamber of Commerce and Industry and Mr. Mohammad Razi, Commercial Attaché of Iranian Embassy in Rome. Both illustrated recent data and statistics on the commercial trade between Italy and Iran, stressing on the strong relation existing between the two countries and the great opportunity represented by the Iranian market, especially after the recent removal of the economic sanctions.

The last session was dedicated to the financial issue regarding trade and business between Italy and Iran. The speakers of that session were Mr. Mario De Luca, Head of Foreign trade Department of the Italian bank Monte dei Paschi di Siena and Mr. Faramarz Ghamkhar, Director of the Rome branch of the Iranian bank Sepah. They draw attention on  the progress that has been made after the removal of the sanctions in January 2016, underlining however that barriers are still in place for the operation of foreign banks in Iran. Mr. De Luca explained in particular that Italian banks are waiting for directives from the European Union and guidelines from the Italian Ministry of Economy.

The participation to the forum provided the opportunity to raise awareness on ITPO Italy’s project entitled “Support to Iran’s SMEs through investment promotion and technology transfer in energy and environment”, financed by the Italian Ministry of Environment, Land and Sea in the framework of the agreements signed with the Iranian Department of Environment on cooperation for environmental protection and sustainable development.