Innovative Ideas and Technologies in Agribusiness

The RPW (Red Palm Weevils – Rhynchophorus Ferrugineus/Palmarum) infestation is hitting, worldwide, the palm trees population in a very critical, severe way, creating many millions USD damages every year.
It is currently reported from nearly 50 countries in diverse agro-ecosystems worldwide including the Mediterranean basin countries.
Main affected cultivars are date, coconut, oil and decorative palm trees, so hardly compromising the survival of company and family farmers in Africa, Middle East, Asia and South America.
All the previous devices and systems used till now are not allowing a sufficient, significant mass trapping, although the need of a lot of very expensive, continuous maintenance.
ELECTRAP, in fact, is absolutely both pesticide and maintenance free: no need of water and bites refilling and environmental friendly.

We are looking for financial partnerships to:
1. Starting the large scale production and worldwide distribution
2. Completing and implementing the ongoing researches for SMART ELECTRAP (gps and cloud based catching monitoring)
3. Completing and implementing the ongoing researches on the application of the same principles to other pests, starting from grain moths

ELECTRAP, now in production stage after the starting researches, got already many qualified recognitions from several Institutions, confirming the effectiveness of the new technology as the best actual solution to the problem. 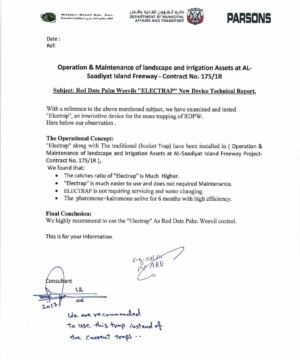 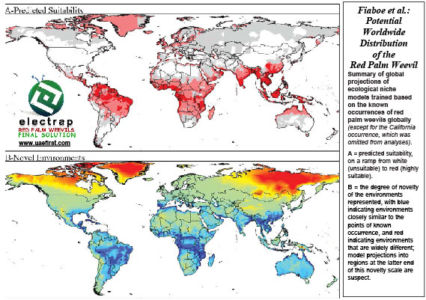 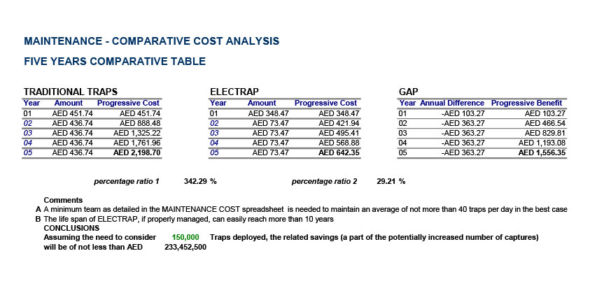 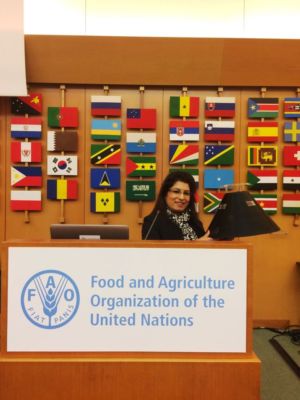 In ELECTRAP insects are captured and disabled using pulsed emission from MASER (Microwave Amplification by Stimulated Emission of Radiation). Inside the core Electrap device is placed the pheromone lure (Ferrolure) and the solid formulation of the kairomone (ethyl acetate). The invention has been granted a patent by the UAE as well as the GCC.
Electrap functions on the principle of MASER, where a fully inside mirrored ‘Resonance Chamber’(core Electrap device), loaded by natural light, incessantly reflecting the light, starts a resonance process till the saturation of the light reflection inside the chamber, thereby emitting the infrared electromagnetic radio waves loaded by the lures molecules and attracting the insects.
In Electrap the said Resonance Chamber is mounted horizontally in the trap and the semiochemicals (Pheromone and Kairomone), placed inside, can last for 4 to 6 months without renewal.
Once RPW adults enter into the Electrap, escape of the trapped weevils is prevented due to the presence of the one-way bristles crown at the entrance. Subsequently the trapped weevils die due to quick dehydration.
The dismountable bottom support allows an easy periodical removal of the dead weevils. It is pertinent to mention that the Electrap, besides being bait and water free, is also without any insecticide as often used in traditional traps to kill the trapped weevils.

You can download here an articulated documentation about Electrap.