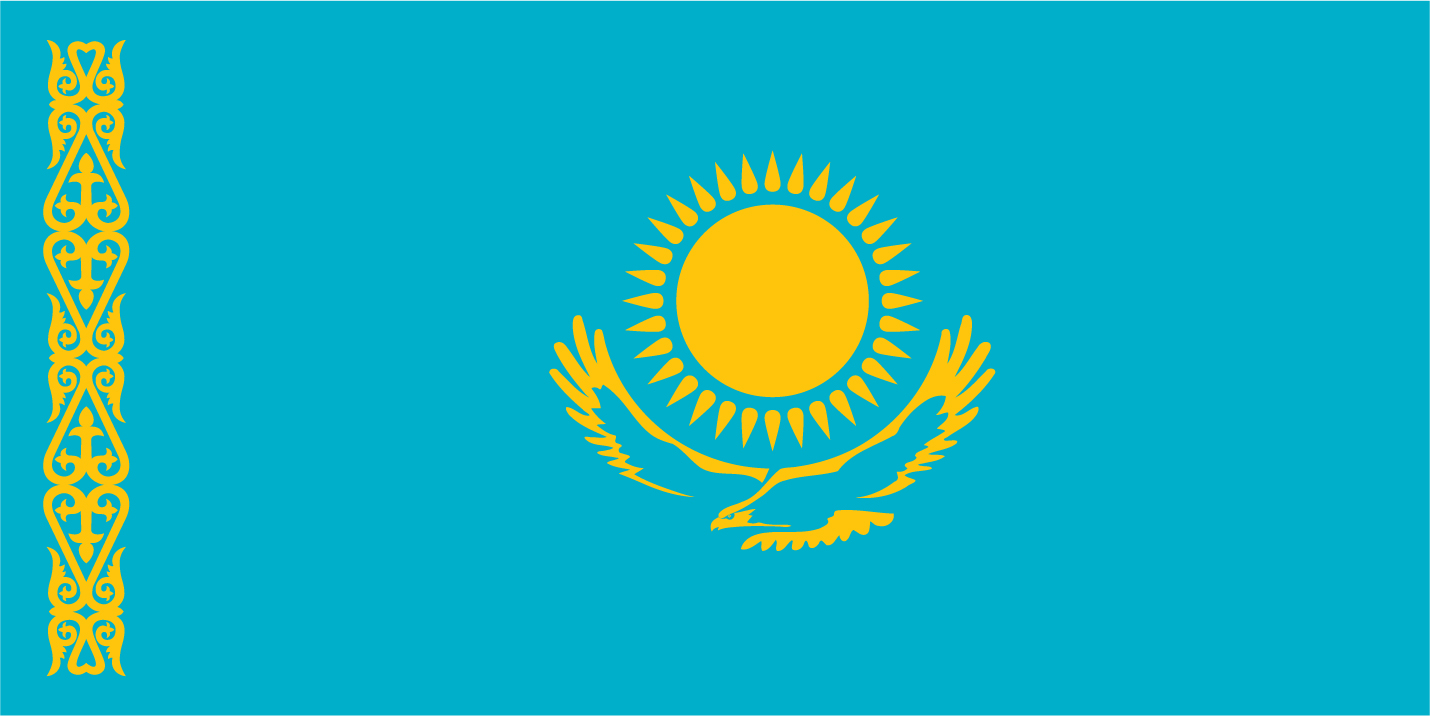 Economy: Kazakhstan is the largest economy in Central Asia in both absolute and per capita terms, despite the currency sharp depreciation saw between 2013 and 2016. The country experienced a slowdown in economic growth from 2014 sparked by falling oil prices and the effects of the Ukrainian crisis. However, thanks to the rapid economic growth over the past two decades, in 2015 the World Bank classified Kazakhstan as an upper-middle income country – GDP 179 bln $, GDP PPP 500 bln $, per-capita GDP increased from US$ 8,500 in the late 1990s to US$ 27,500 in 2018.

Kazakhstan is a prominent, world-class energy producer. Its proven reserves of oil, coal and uranium all rank among the top 15 countries in the world, and natural gas in the top 20. Furthermore, Kazakhstan leads the world in the production of uranium, and consistently ranks among the top 10 production countries for coal and top 20 for oil. It is also the largest greenhouse gas (GHGs) emitter (14th worldwide) and second most energy intensive country in the region.

Due to the oil-related depreciation between 2013 and 2016, the country is working towards diversification, but energy will continue to play a significant role to Kazakhstan’s economy. The oil and gas sector alone accounts for a fifth of the country’s GDP (21.3% in 2018) about two-thirds of total export earnings (70% in 2018), and nearly half of state budget revenues (44% in 2018). The energy sector also has been the primary destination for FDI within the country. Therefore, regulations and appropriate implementation mechanisms are critical areas for the future management of Kazakhstan’s energy resource endowment and long-term sustainability.

Import and partners: Key import categories: machinery and equipment (40%), chemical industry products (16%), metals and articles thereof (13%). Over a third of machinery and equipment come from Asian countries (35%); 43% of chemicals industry products come from CIS countries, and Russia in particular (39%). More than half of metals and articles made thereof are imported from Russia (51%).  Main import partners are Russia (38%), China (17%), Germany (5%), Italy (5%).

Primary sector: Agriculture accounts for approximately 5% of Kazakhstan's GDP. Grain, potatoes, grapes, vegetables, melons and livestock are the most important agricultural commodities. Agricultural land occupies more than 846,000 square kilometres (327,000 sq mi). Over 80% of the country's total area is classified as agricultural land, including almost 70% occupied by pasture. Its arable land has the second highest availability per inhabitant (1.5 hectares). Chief livestock products are dairy products, leather, meat, and wool. The country's major crops include wheat, barley, cotton, and rice. In 2019, 14.89% of the employees in Kazakhstan were active in the agricultural sector.

Tertiary sector: The tertiary is still developing at a steadily pace and in 2019 workforce employed in the service sector accounts for 63.75% of the total, while producing approximately 58% of GDP. The financial sector, transport and technology are the main services produced in the country. Today, tourism is not a major component of the economy. According to the World Economic Forum's Travel and Tourism Competitiveness Report 2017, travel and tourism industry GDP in Kazakhstan is $3.08 billion or 1.6% of total GDP Although not yet very developed, is experiencing strong growth.

Kazakhstan attracted approximately USD 25 billion in foreign direct investment and the share of small and medium-sized enterprises in economy reached 29.5% in 2019. The number of operating enterprises grew by 8% in 2019.

According to the World Bank’s Doing Business 2020 report, Kazakhstan ranks 25th for ease of doing business, while 4th for enforcing contracts, 7th for protecting minority investors, 22nd for starting a business, 24nd for registering property, 37th for dealing with construction permits.

To sum up, the main renewable energy support mechanisms are:

•    Tariff stability guarantees — tariffs are approved for a period of 15 years and are subject to annual indexation depending on inflation. Tariff indexation with regard to difference in exchange rates is possible in projects financed with foreign currency loans.

•     Guaranteed connection and access to the network: grid operators are obliged to connect renewable energy facilities on a priority basis.

The above scheme makes renewable energy projects more investor-friendly and, currently, a number of major market players and investment institutions are considering investments in this area of the power sector. Moreover, taking into account proposals of the KAZEnergy Association, the auction was designated as the preferred mechanism for project selection. In 2017, amendments were introduced in the Law on Support for the Use of Renewable Energy Sources, providing for the organization of reverse auctions for new renewable energy projects (this mechanism does not apply to existing facilities or projects under construction already using fixed tariffs).

Investment and technologies to upgrade and expand activities to process and recycle plastic, rubber and glass

Investments and equipment to increase the processing capacity of plastic containers and machinery for the production of granules, pipes and geofilm

Market access in Kazakhstan in the sustainable energy sector

“Doing Green Business”: the second episode is dedicated to Kazakhstan