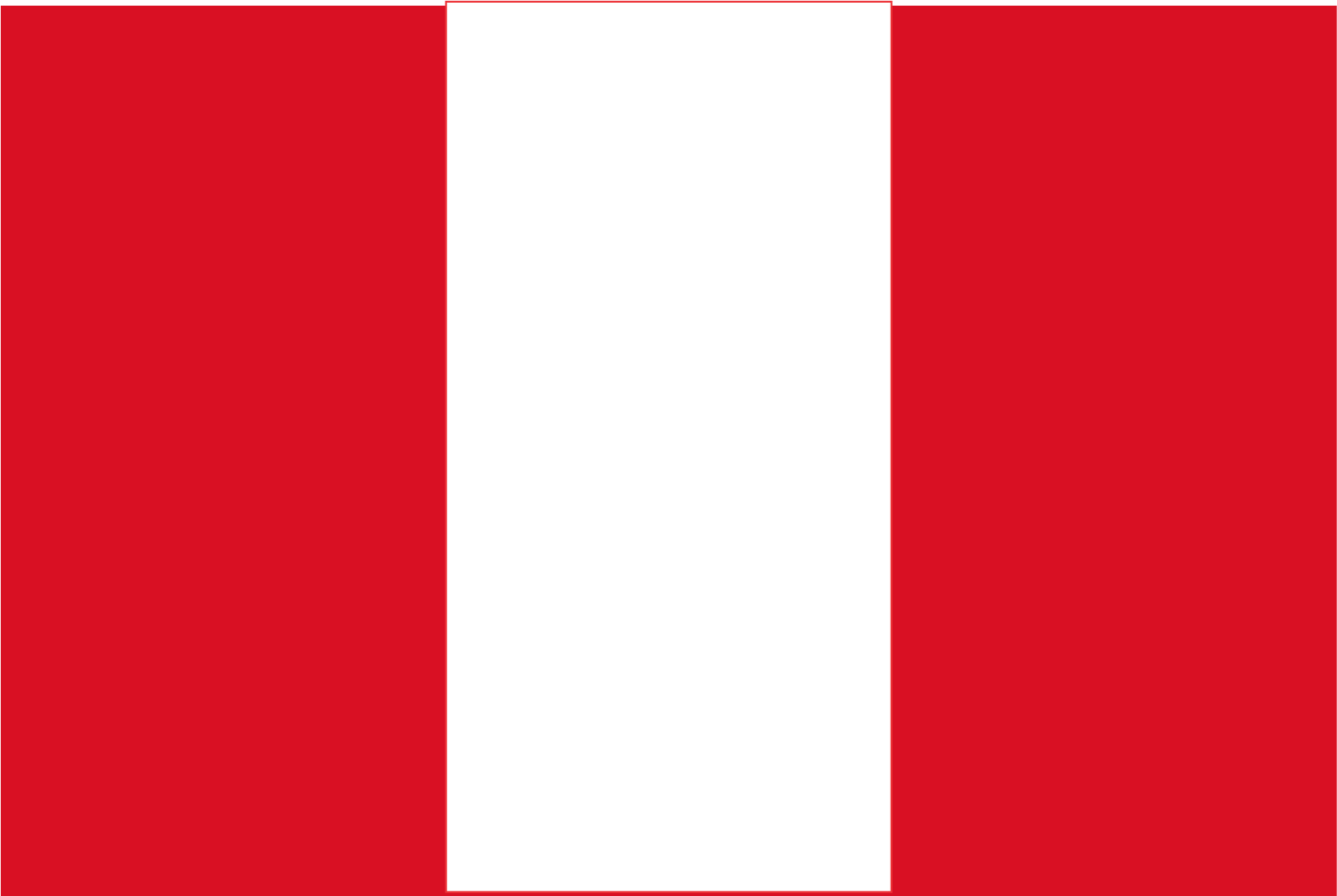 Economy: With a GDP of $222.045 billion (2018), Peru has been rated by the World Bank as an upper-middle income country. The country has experienced a constant growth of an average of 5% per year in its gross domestic product (GDP) over the last two decades. At the same time, the growth in employment and the higher incomes reduced poverty rates from 52.2% in 2005 to 26.1% in 2013.  Peru’s economic development has mainly been driven by taking advantage of its abundant natural resources and the production and export of commodities. Peru is the second biggest global producer of copper and the sixth in the production of gold. The sector of agriculture, and its fishery subsector, still have relevance and give employment to 27% of the total Peruvian workforce. Peru witnessed a deceleration of its growth rate from 4% in 2018 to 2,2% at the end of 2019, which was partly caused by the volatility of global commodity prices.  However, throughout this event, the Country managed to stay afloat thanks to its prudent macroeconomic policies which was accompanied by increased exports given by a surge in mining production. Its optimal performance was praised by the International Monetary Fund which defined Peru one of the strongest economies in the region. In 2018, Peru counted with 2.332.218 companies, 95% of them being micro and small enterprises.

Main exports and partners: The exports are categorized in traditional products (from mining, fishing, agricultural activities, oil and natural gas) and non-traditional ones (textiles, chemicals, metal mechanic, non-metallic mining and so on). The fist holds the 66,2% of exports while the latter has the remaining share. Mining exports are 55,95% of total exports, composed by copper, gold, zinc, plumb, tin, iron, while the fishing sector has the 3,13%, the agricultural 0,98%, and the oil and natural gas (6,16%). Main agricultural exports are coffee, avocados, mango, asparagus, grape and quinoa.

Main imports and partners: The 47,97% of imports are raw materials and intermediate goods (such as diesel and soya), the 29,92% is composed by capital assets and construction materials (such as iron, telecommunication material, hardware), while consumption goods (non-durable, such as milk, prepared food and medicines; durable such as cars, televisions, motorcycles, articles in plastic) are the 21,97%, and others (0,14%). 35% of Peruvian imports come from China (26%) and the United States (23%). Latin American countries figure among the major import partners of Peru, including Brazil (5,4%), Argentina (4,0%), México (3,8%), Chile, Colombia, Ecuador and Japan. In January 2020, the trade surplus of Peru was of USD 283.3 million.

Primary Sector: The primary sector in Peru is a fundamental part of the economy and has the 22,2% of the shares of GDP (2018). From 2009 to 2018 the primary sector had an expansion of the 35,8%, with mining activities being at the forefront with an average annual growth rate of 3,7%, followed by the agricultural sector with 3,5%. Fishing followed with 1%. The sector gives employment to the 26,3% of the total workforce (2017). In agriculture, Peru has one of the highest returns per hectare in intensive agriculture globally. It is considered an excellence in the production of grapes and asparagus. On the other hand, for small and medium enterprises the returns are lower, as in the case of coffee and corn crops, also due to the low use of fertilisers. The export of agricultural products has grown exponentially during the last year, specifically for tropical fruits and quinoa. The revenue coming from its mining sector represents about the 15% of its GDP and has a share of the 60% of its total exports. It thrives on the extraction and export of copper, silver, gold and zinc and in a smaller percentage of natural gas and oil.

Secondary sector: the secondary sector employs 14,8% of the population and is accountable for 17,3% of the GDP (2017). It is mainly divided in manufactory and construction, with the first occupying more than half of the share. The food industry is divided between derivatives from fishing (fishmeal and vinegar), derivatives from agriculture (olive oil, cotton, milling industry, sugar industry, beer industry) and derivatives from cattle raising (dairy industry and derivatives). The mining industry develops in the processing of metals (ingots, slabs, automotive parts) and construction material (cement, plaster, lime). In addition, a thriving textile industry, chemical industry and paper industry are also present.

Tertiary sector: It represents the 60,5% of Peruvian GDP and it employs the 59% of the workforce (2017). Peru’s infrastructure is articulated in a network of highways which connect to the Pan-American highway, a railway network. Due to the geographical conformation of its territory and as other Latin American states, the railway network is fragmented and underdeveloped. However, there are connections along the cities of the coast and some operating at the border with Chile through the Arica – Tacna line and and with Bolivia in correspondence with Lake Titicaca. The city of Lima also has a basic metro system operated by a train line, complemented by a fast bus system. Other types of transports are air transportation, with the main airport being the Aeropuerto Internacional Jorge Chávez in Lima, and fluvial and maritime transports due to the numerous water basins including the Amazon river and its lakes. Peru’s banking system is considered to be the one of the most stable and well regulated in Latin America. It is highly concentrated, as the 4 major banks have the 83% of total private banking assets and its resilience is attributed to an elevated supervision, initial strong capital buffers and profitability. One downside is that the banking system is quite small compared to the size of the economy, but nonetheless in 2017 it contributed to the 35% of total GDP. The telecommunication industry contributes to the 4,5% of the GDP and receives high levels of private investments, also due to the competition between various providers. Finally, touristic fluxes from all over the world also contribute to the 3,9% of the GDP of the Country.

Foreign investment: Peru distinguished itself for its openness to foreign investments and private enterprises and the great amount of trust received by the investors, reflected by its credit rating of BBB+ (Standards & Poor’s). The reasons behind this success can be traced to its macroeconomic policies, which over the years contributed to the stability of its currency, the Peruvian ‘sol’, and a falling fiscal deficit. Other elements that contributed to its attractiveness are the presence of an independent central bank, a well-functioning investment authority and a relatively advanced anti-corruption legislation.

On 31st December 2019, the balance of foreign direct investments in Peru reached US$ 26,316 millions, with FDI in the energy sector representing the 13% of it. The legal framework for FDI in Peru does not require previous authorization in the large majority of economic activities, including the energy sector. Moreover, the government guarantees legal and tax stability for investments of no less than two years and for a minimum amount of US$5 million. There is no discrimination between domestic and foreign corporations, nor restrictions for repatriation of profits, international transfers of capital or foreign exchange practices.   According to the RECAI 2019 Report by EY, Peru is considered the 5th most attractive country in Latin America for investments in the renewable energy sector after Argentina, Chile, Brazil and Mexico. The Supervisory Board for Investment in Energy and Mining estimated the investments in the sector to reach US$3.7 billion by 2021.

In 2008, the Legislative Decree n.1002 laid the basis for the structure of incentives for investments in the renewable energy sector. It established the non-conventional renewable energy sources as solar, wind, geothermal, biomass and hydroelectric lower than 20MW. Moreover, it promoted the sale of electricity to the National Interconnected Electric System (SEIN) through auctions. Through the legislative integration of the latest year, the current incentives to invest in renewable energy are:

·         Feed – in tariffs: the right for RE generators to sell their production at an administratively fixed price which will be guaranteed in time.

·         Renewable Portfolio Standards: the obligation for consumers/electricity generators to acquire a percentage of their electricity from renewable energy sources.

·         Auction Systems: Competition between generators to identify and fund the most efficient projects.

Other indirect mechanisms of promotion of Renewable Energy are CO2 reduction policies and emission trading, reduction of subsidies for nuclear and fossil energy and eco taxes to electricity generated from fossil fuels. Due to the legal framework, the year 2018 saw a threefold increase of projects contributing to the SEIN. During the past 4 auctions (in 2009, 2011, 2013 and 2016) 64 projects were allotted for an estimated value of US$1,956.6 and a combined power of 1,273.96MW.

Peru: UNIDO ITPO Italy meets with H.E. the Ambassador of Italy to Peru

FIPEE, Peru: Towards a Feasibility Study on Solid Waste Management in Urubamba

FIPEE: meeting with the Embassy of Peru in Italy

The Role of Smart Technologies in Sustainable Agriculture in Peru

Meeting with MINAM - Ministry of Environment of Peru

Best practices towards a sustainable tannery sector in Arequipa

Investing in the Renewable Energy sector in PERU: Success Stories and Legal Framework