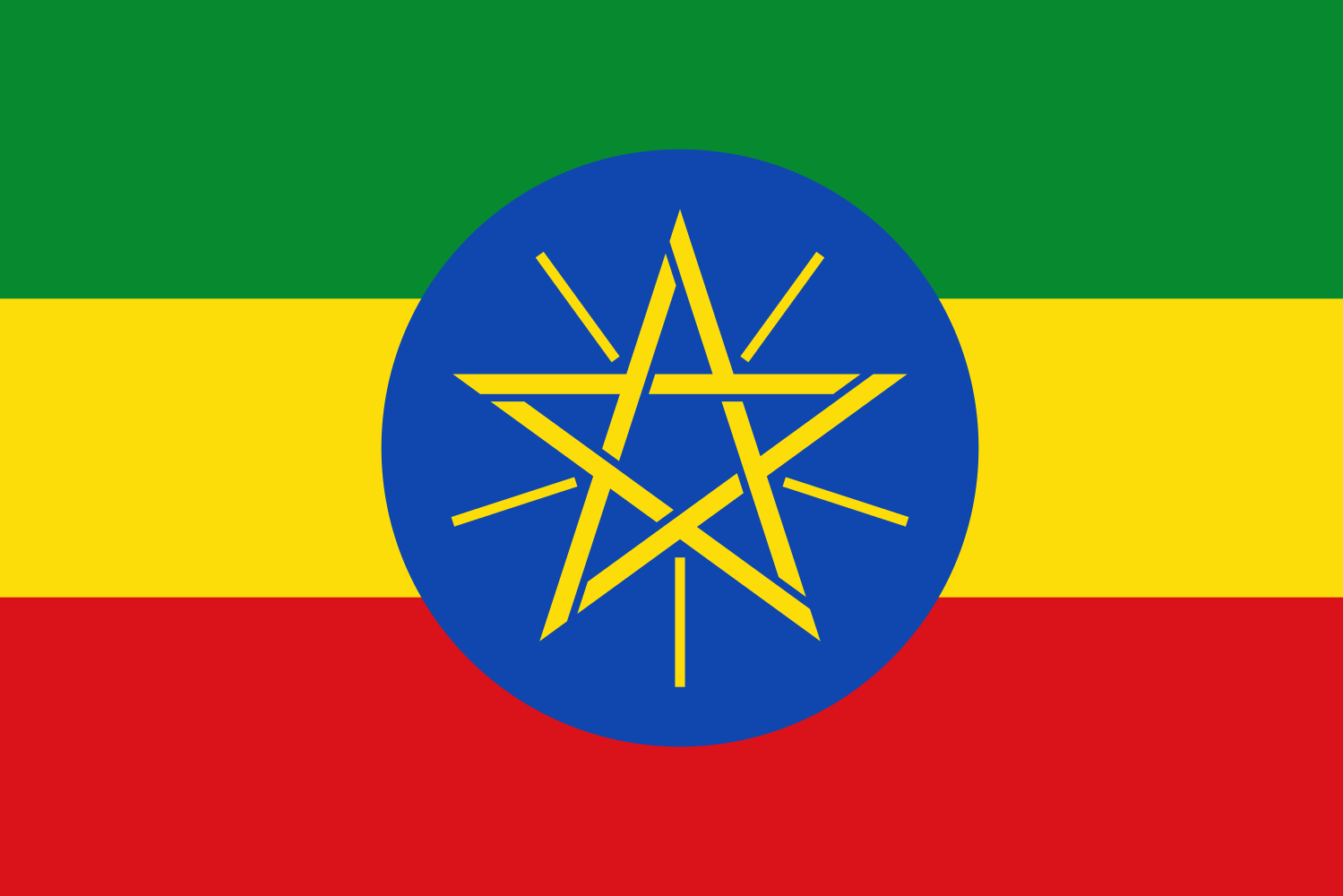 Economy: With about 109 million people, Ethiopia is the second most populous nation in Africa, and the fastest growing economy in the region. However, it is also one of the poorest, with a per capita income of $790. Ethiopia aims to reach lower-middle-income status by 2025. Ethiopia's economy has experienced strong and broad growth, with an average of 9.9% per year from 2007/08 to 2017/18, compared to a regional average of 5.4%. Ethiopia’s real gross domestic product (GDP) growth decelerated to 7.7% in 2017/18 and for this year it’s expected to slightly decrease to 7.2% and reduce slightly to 7.1% in 2021. This growth was driven also by government investment in infrastructure, as well as sustained progress in the agricultural and service sectors. Private consumption and public investment explain the growth on the demand side, the latter taking on an increasingly important role.  More than 70% of Ethiopia's population is still employed in the agricultural sector, but services have outperformed agriculture as the main source of GDP.

Greater economic growth has led to positive poverty reduction trends in both urban and rural areas. The percentage of the population living below the national poverty line has decreased from 30% in 2011 to 23.5% in 2016.
The state is heavily involved in the economy. Ongoing infrastructure projects include power production and distribution, roads, rails, airports and industrial parks. Key sectors are state-owned, including telecommunications, banking and insurance, and power distribution. According to Ethiopia's constitution, the state owns all the land and provides long-term leases to tenants.

The banking, insurance, telecommunications, and micro-credit industries are limited to domestic investors, but Ethiopia attracted around $8.5 billion in foreign direct investment (FDI), primarily from China, Turkey, India and the EU. The investment were mainly in infrastructure, construction, agriculture/horticulture, agricultural processing, textiles, leather and leather products.

To support industrialization in sectors where Ethiopia has a comparative advantage, such as textiles and garments, leather goods, and processed agricultural products, Ethiopia plans to increase the installed energy generation capacity by 8,320 MW, compared to a capacity of 2,000 MW, by building three more large dams and expanding to other sources of renewable energy.

Export and partners:  exports of goods and services represent 8.37% of GDP.  The top exports of Ethiopia are coffee (32%), Oily Seeds (16%), Gold (11%), Cut Flowers (9,4%) and Dried Legumes (5,3%). The main export destinations of Ethiopia are China (16%), Switzerland (13%), the United States(12%), the Netherlands (11%) and Germany(8,4%). While coffee remains the largest foreign exchange earner, Ethiopia is diversifying exports, and commodities such as gold, sesame, khat, livestock and horticulture products are becoming increasingly important. Manufacturing represented less than 8% of total exports in 2016, but manufacturing exports should increase in future years due to a growing international presence.

Primary sector: Agriculture is the backbone of the Ethiopian economy, playing a central role in the life and livelihood of most Ethiopians. agriculture accounts for almost 40.5% of GDP: about 12 million smallholder farming households account for an estimated 95% of agricultural production and 85% of all employment.
Many other economic activities depend on agriculture, including marketing, processing and export of agricultural products. Production is mainly of a subsistence nature and a large part of the commodity exports are provided by the small agricultural sector of cash crops.
The main crops include coffee, legumes (eg beans), oilseeds, cereals, potatoes, sugar cane and vegetables. Exports are almost entirely agricultural commodities, with coffee as the main source of exchange, and its flower industry is becoming a new source of revenue. In addition, Ethiopia is Africa's second largest maize producer. Forest products are mainly logs used in construction. The forestry properties are used in construction and production and as sources of energy.

The Ethiopian Government has formulated a series of policies, strategies and programs to promote agricultural development to achieve food and nutrition security and build resilience. The government has developed second Growth and Transformation Plan (GTP II) for the period 2016-2020. The overarching objective GTP II is the realization of Ethiopia’s vision of becoming a middle income country by 2025.

Secondary sector: The industrial sector while being a modest contributor to the country's economy, representing around 27,26% of GDP, still requires additional improvement to encourage further growth. The industrial sector, particularly manufacturing, is intended to play a key role in transforming the country: the main scope of the Ethiopian Government is relying on foreign investors – and this is working. Foreign direct investment in Ethiopia has grown significantly in recent years; around 85% of investment in Ethiopia is going to the manufacturing sector.

The manufacturing sector is characterized by small scale light industry and local handicrafts and by agri-food companies that have experienced a dynamic of rapid expansion in recent years. The GTP II foresees a consistent growth of the industrial sector in the next five years. In the Government's expectations, industry should be the driving force behind the country's development over the next five years. The factors that favor Ethiopia are the wide availability of land to grow cotton. About 3 million hectares of land are available for cotton cultivation and Ethiopia is known for its production of cotton crops. The textile and garment sector has grown at an average rate of 51% and in the past 5-6 years and several investment projects have been licensed for foreign investors. This expansion, with the number of industries more than doubling, is playing a huge role in boosting the country's light industry, and in transforming the economy. The sector is on the right way to become the Africa's leading sector and making the country's vision of becoming a continental textile hub a reality in the coming years. Moreover, the expansion and development of industrial parks in various key areas of the country, the development of technological adoption and industrial culture in the textile industry together with interesting investment incentives are helping the sector to grow.

Tertiary sector: In recent years, the service sector has shown a substantial growth, led by tourist services, which represents 9,4% of GDP (thanks to natural wealth, cultural heritage and archaeological, religious and historical sites), telecommunications and transport and financial and insurance services. In general, the services sector contributed about 36.52 % of GDP; the telecommunications, which were heavily invested in during the first five-year plan, increasing the number of telecom service customers from 7.7 million to 40 million and the amount of telephone subscriptions in similar proportions. Almost all Ethiopian municipalities have network coverage.
Meanwhile, regarding transport services, the Ethiopian federal authorities have significantly increased funding for rail and road construction to build an infrastructure, that allows better economic development.

The Growth and Transformation Plan, adopted to fulfill and achieve the aspirations of the future, aims to guide Ethiopia in attaining development in many areas such as agriculture, rural development, infrastructure and good governance. Among the objectives of the plan, a major one is to ensure that the country maintains its average GDP growth rate for it to achieve SDGs.

In line with this plan, some infrastructure development projects are ongoing, making Ethiopia more attractive to foreign investments.
FDI inflows to the country have accelerated in recent years. However, in 2018, FDI inflows decreased to USD 3.3 billion compared to USD 4 billion in 2017. Almost half of the flows from the East African region were absorbed by Ethiopia. Despite a 24% fall in investments to USD 3.1 billion in 2018, Ethiopia maintained its top rank in East Africa, with investments in petroleum refining, mineral extraction, real estate, manufacturing and renewable energy.

Therefore, given all the ongoing projects, the government of Ethiopia has identified six major sectors of investment opportunities. These are: Energy, Transport Infrastructure, Industrial Sector, Agriculture, Mining, ICT.

·         Investment Incentives and Investment Areas Reserved for Domestic Investors and its amendment Regulation No. 312/2014

2.     Non- fiscal incentives are given to all investors who produce export products. Such investors will be allowed to import machinery and equipment necessary for their investment projects through suppliers’ credit.

UNIDO ITPO Italy organized a roundtable with African embassies: 'Synergies for the Development of Local Capacities and Entrepreneurship in Africa'