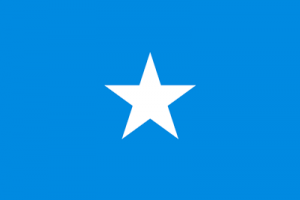 Economy: In the 2015-2018 years the Somali’ GDP average growth has been around 4%, exceeding the average performance of the African sub-saharian countries in the same period (World Bank). In conjunction with the promising fiscal and institutional reforms implemented by the new government, it is to be noted that the growth of the fiscal revenues, of the financial sector, of the remittances relative to the diaspora, of the humanitarian aid and of the FDI all accrue positively, in the medium and long terms, against the excessive weight of the import side on the Somali balance of payments. However, if the monetary-side situation may suggest a relatively stable scenario, on the negative side it is key to note that the combination between the absence of a modern industrial infrastructure and an insufficiently diversified export composition results in a heightened vulnerability to the increasingly harsh and unpredictable drought cycles. A climatic factor that, in combination with the still relatively unstable political situation, sets out to generate significant problems from the point of view of food security and of the sustainability of the Somali economic model. Nonetheless, in consideration of the drag effect on the economy generated by these factors, the resilience showcased by the Somali socio-economic fabric in the recent years is rather encouraging since, to date, Somali economic relations are based at large on the commerce of livestock and agricultural products (75% of total GDP, 45.8% total population > 15 years of age, FAO 2018), by definition categories naturally exposed to climate shocks.

Main exports: in the 2015-2017 period, exports have amounted to ca. 15% of GDP (IMF, 2019). Over 95% of exports are constituted by agricultural items (FAO, 2019), among which the 75% is composed by livestock commerce destined to the Middle East. The remaining 25% is composed, in order of relevance, by sesame trade, domestic and exotic animal trade, fishery products trade, and vegetal products and materials trade (eg. resins, citrus, bananas).

Main imports: in the 2015-2017 period, imports have amounted to ca. 65% of GDP (IMF, 2019). Over 50% of imports are constituted by agricultural products (eg. fruit and vegetables, maize, sorghum, animals, and sugarcane derivatives) destined to the alleviation of food security problematics. As a result of this causal link, the year to year composition of the Somali agricultural imports is at large determined by the internal agricultural yields. Other than agricultural products, Somalia imports petro-chemical products, construction materials, industrial and domestic goods and khat.

The approval in 2017 of the first Somali National Development Plan (SNDP) in over 30 years showcases the extent to which the country is presently focused on its industrial development. Other than tracing the road towards the consolidation of its socio-economic fabric and a more prosperous future, the SNDP signals and makes emerge a range of commercial and investment opportunities yet to be explored in full. In particular, the sectors which may offer answers to the blueprint outlined in the SNDP are:

Agro-industrial: the potential of the agro-industrial sector is the keystone of the development plan traced in the PSNS. Regarding the agricultural sector, the exploitation of the opportunity margin is largely dependent on the modernization of the flood control and irrigation infrastructure, on the use of effective fertilizers, pesticides, and of modern storage facilities, and on a more widespread employment of climate resistant seed varieties. Regarding the livestock trade, other than the implementation of business models that may increase the value added in the Somali territory (eg. diary, tannery, and food processing sectors), there is a need to implement techniques and technologies for the production and storage of fodder, and of veterinary know-how.

Fishery: the Somali fishery sector is still under exploited in consideration of its potential. In particular, the fishing of the pelagic, tuna and tuna-like species that transit along the Somali coast and of the shellfish and crustaceans present in the Jubbaland zone are the areas that showcase the best growth opportunities. The Somali Federal Government could finance and facilitate the fishery sector starting from the politically stable regions, gradually aiding the development of the sector in tandem with the modernization of the cold chain infrastructure along the coast and the maritime and land trading routes.

Renewable Energy: the majority of the cultivations in the arid areas of the south and north of Somalia is sustained by monsoon rainfalls. As such, the Somali farmers’ technical and technological capability to manage and use in their favor these water flows, evermore variable and extreme in their abundance or scarcity because of climate change, is to be considered as key. Renewable energy installations for small and medium-sized plots of land that have the capacity to support water pumps and irrigation systems are therefore at the frontline of the most needed items.

Social housing: with a rural population share of 54.4% out of a total of ca. 15 million, a stable urbanization rate of 4.23% per year in the next five years implies that ca. 3 million Somali will move to urban areas, where the housing supply is not still developed enough to sustain the probable medium term scenario.

Roundtable on irrigation with Cermac for Somali and Italian companies

"Somalia and Iraq - Business opportunities in the agriculture machineries sector"

Presentation of the catalogue “Business opportunities in Somalia”

An Italian business delegation participated to the Italy-Somalia Business Forum, with the support of UNIDO ITPO Italy

Round Table: Opportunities Business in Somalia