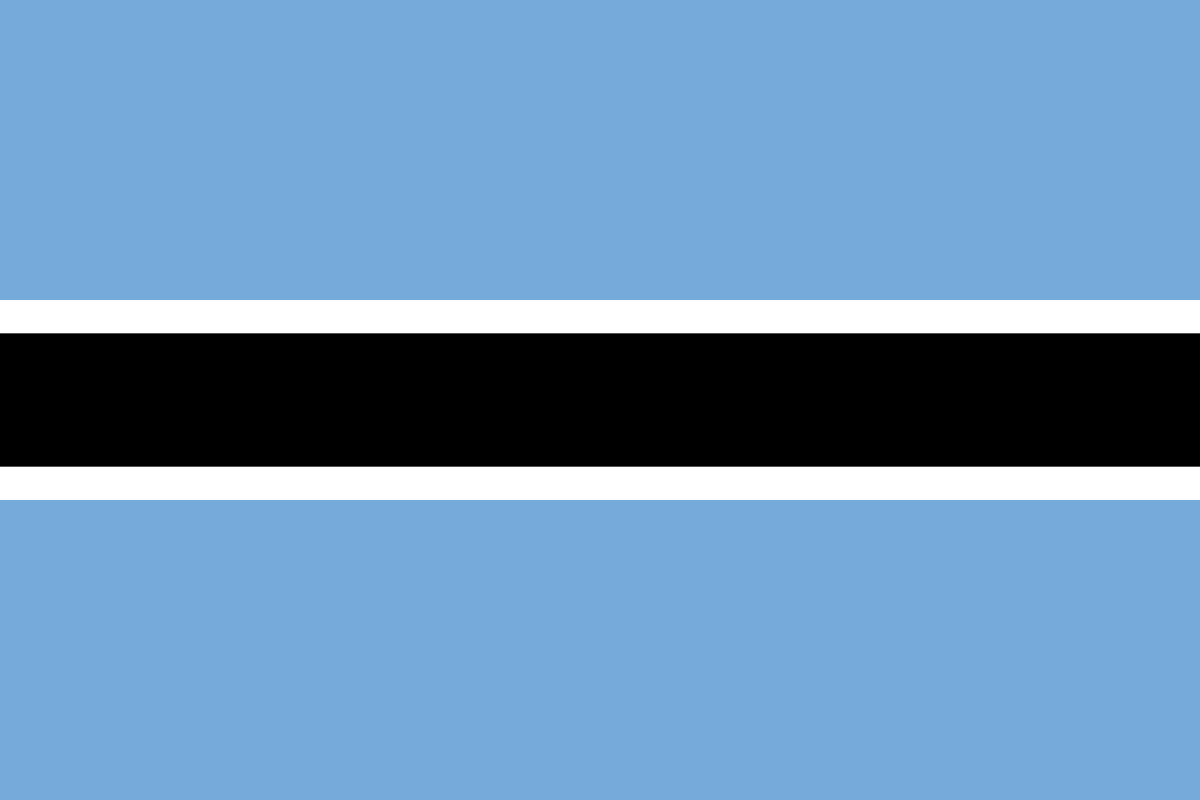 Economy: Botswana’s sustained economic growth averaging 5% per annum over the past decade, has been among the fastest in the world and Botswana’s economy is, in fact, one of the most prosperous in Africa. Botswana is one of the African states with the highest average per capita income and, with a GDP of $18.615 billion (2018), it has been rated by the World Bank as un upper middle income country. Furthermore, there has been a positive response to poverty reduction policies, as shown by a reduction in poverty from 30.6% in 2002/2003 to 19.6% in 2009/2010. Thanks also to political stability and significant public investments, the country's economy is one of the most developed in Africa, but is heavily dependent on diamond mining. However, heavy reliance on commodities makes the country vulnerable to international market fluctuations. Extended uncertainty in global markets and the slow pace of economic recovery in advanced countries continue to act as a drag on Botswana's economic outlook. Extended drought further exacerbated economic performance, adversely affecting agriculture. In addition, electricity and water supply disruptions had unfavorable impact on manufacturing, trade, tourism, transport and communications sectors. The fiscal position moved sharply into deficit after three years of consecutive surpluses. The government relies mainly on two volatile sources of revenue inflows, mineral revenues (which accounts for almost 40% of total revenue) and Southern African Customs Union revenues (over one-quarter of total revenue). A good institutional framework has also allowed the country to reinvest the income of resources to generate stable future income. Botswana's competitive banking system is one of the most advanced in Africa. In principle, by adhering to global rules for the transparency of financial policies and banking supervision, the financial sector offers broad access to credit for entrepreneurs. The government is involved in the banking sector through  financial institutions and a special financial incentive program that aims to increase Botswana's status of financial center.

Primary sector: due to frequent droughts and underdeveloped agro-industrial techniques, the primary sector records low productivity, representing only 3% of GDP in 2018. Despite the reduced support to the country's overall economy, agriculture is practiced by 80% of rural population and provides at least 15% of the nation’s formal employment opportunities. If cereal crops (mainly sorghum, corn and millet), sunflower and cotton, in which modern and efficient methods are used, constitute, on the one hand, a constant and important source for the sector, on the other, they are inadequate for food requirement and cover just over 2% of the total area. Conversely, natural pastures occupy 75% of it. Cattle breeding and sheep farms are particularly consolidated in Botswana and supply the national market for milk, meat and leather. In the 1970s, meat exports across Europe accounted for 40% of the country's GDP. This cooperation was renewed in 2016 with the signing of the Economic Partnership Agreement between Europe and the Southern African Development Community. This agreement, that regulates trade between the EU and these countries, guarantees access to the EU market without duties or quotas for the countries involved. The agreement contributes to regional integration and sustainable economic growth in southern Africa by promoting economic development. In the past twenty years, the country has engaged in horticultural production with the aim of diversifying its economy and agriculture.

Secondary sector: in the 70s of the twentieth century the discovery of several mineral deposits by the De Beers group, a South African company, profoundly changed the economic situation of the country. The growth rate that the country recorded between 1966 and 2014 placed Botswana in third place in the ranking of the fastest growing economies, after China and South Korea and ahead of Singapore. The exploitation of coal, manganese, cobalt and sodium mines was added to that of copper and nickel. Oil fields have also been discovered in more recent years. To date, the diamond industry is the main source of income for the country and is largely state-owned or publicly owned. In 2018, the industry accounted for almost 30% of the country's GDP. In 2019, Botswana ranked fourth among the countries in the world for diamond production, after Russia, Australia and the Democratic Republic of the Congo. Other factors that favor the continued growth of the sector include low corporate tax rate which is just 15%, laws allowing foreign company ownership. The main diamond deposits (Jwaneng, Lethakana, Orapa) provide around 21 million carats each year. Gold, nickel, carbon, manganese, and copper mining is also remarkable. In order to diversify the manufacturing sector, focused on diamond mining, the government began to invest in opportunities from textile and food (meat, beer) industries, employing three times more than the mining industry.

Tertiary sector: this sector is fast developing and constitutes more than half of the gross national product. Tourist flows, coming mainly from South Africa, represent a significant support to the economic development of the country thanks also to the existence of numerous natural reserves. The impact of tourism on the country's global economy is 13.4% and supports around 84,000 jobs, that is 8.9% of the total. As for transport, thanks to its geographical position, Botswana would have the opportunity to become a real hub, connecting South Africa with the rest of the continent. To this end, in recent years public investments have been made in infrastructures for the realization of a general transport plan and a complete renewal of the national road network system.

Botswana is the most attractive economy for investments flowing into the African continent, according to the latest Africa Investment Index 2016 by Quantum Global Research Lab. According to the Index, Botswana scores highly based on a range of factors that include improved credit rating, current account ratio, import cover and ease of doing business. Commenting on the Index, Prof. Mthuli Ncube, Head of Quantum Global Research Lab stated: “Despite considerable external challenges and the fall in oil prices, many of the African nations are demonstrating an increased willingness to achieve sustainable growth by diversifying their economies and introducing favourable policies to attract inward investments. Botswana is a case in example – its strategic location, skilled workforce and a politically stable environment have attracted the attention of international investors leading to a significant influx of FDI.” Botswana has strong legal and regulatory environment that will encourage investors to participate in a large-scale competitive procurement programme. The Botswana Investment and Trade Centre (BITC) is an organisation established by an act of Parliament, to become an integrated Investment and Trade Promotion Authority (ITPA). BITC is mandated with the promotion and attraction of investment, export promotion, and the supporting of national development, including management of the National Brand.

Production of Biomass charcoal and briquettes from organic waste.

Set up of a modern incinerator for general waste

Commercial and distribution partnership for solar technologies and solutions

Build, Own, Operate and Transfer a 1 MV Solar PV Plant

Tender for a 200 MW solar power plant in Botswana

Bilateral Meeting with Minister of International Affairs and Cooperation of Botswana

FIPEE: Policy Dialogue with the Ministry of Investment, Trade and Industry of Botswana

UNIDO ITPO Italy meets with Ministry of Environment of Botswana

Meeting with MENT in Botswana

Meeting with Financial Sector for Botswana

UNIDO ITPO ITALY host a delegation of Botswana in ECOMONDO 2017